We should be. Laughter is a moral imperative: a proposition declaring a certain action necessary. Kant argued that not following a moral imperative would be self-defeating and therefore contrary to reason, like trying to improve your mood by reading unmoderated internet comments. You can't spell "encourage" without "enrage"! If we accept this definition, laughter may be the only moral imperative that's fun!

We all know the world is full of scary things: natural disasters, flesh-eating viruses, identity theft, fake news, real news, terrorism both foreign and domestic... clowns. With all those real dangers, it's kind of a miracle anyone makes horror movies. "Hey, I got this movie about an alien parasite that melts people's faces... I'm gonna stop you right there, you had me at 'alien parasite'. I need something to take my mind off the president implying nuclear holocaust on Twitter."

We could accept that fear. We could allow it to drive our decisions, build more walls, buy more locks and guns, stay in the house and avoid human contact. But what's the end game there? We'll be holed-up alone in our bomb-shelters, eating canned beans and Spam. We'll eke out our embattled existence in the post-apocalyptic hellscape, watching for roving bandits. As we play our thousandth game of solitaire, we'll say to ourselves, "I sure am glad I stopped going to parties so I could stock all these guns and canned food! Just think of all those suckers out at the clubs, laughing it up, not preparing for the apocalypse. Who's got the last laugh now?!"

Even if there is an apocalypse, preparing for one is a lose-lose strategy. Your bunker's got food and water, guns, medical supplies and a deck of cards to pass the time. You're set, right? Unless you develop a blood clot... or that Spam you're eating gives you cancer. Who forgot to buy the at-home oncology lab? I hear you can remove a colon tumor with a Bowie knife and a bottle of whiskey if you print out the right tutorials in advance.

The point is, no matter how much you prepare, there's no guarantee it will save you. In fact, when you consider that the odds of each individual danger are so small, the more you prepare, the more time you're wasting on threats you'll never personally face. In the first world, even if we spend all our time studying survival, we're no less likely to succumb to the five leading causes of death: heart attack, cancer, lung disease, household accidents and stroke. Better to just cover the basics like cell-phones, insurance, and fire-alarms, and let your neighbors to help if you have an emergency those things don't solve.

But will your neighbors help? That's a good question. Do you laugh with them? Laughter brings us together more than anything else we do. More than protesting, mourning, patriotism, Thanksgiving, even drinking! As the Great Dane (and fair comedian), Victor Borge said, "laughter is the shortest distance between two people."

Some people still give you all sorts of reasons not to laugh.

I'm not laughing because this is serious work, for serious face. Surely Albert Einstein never laughed while he was developing his theory of relativity that changed the world forever. The class clown isn't just better at their own job, the team is better because of them. They make working together easier. 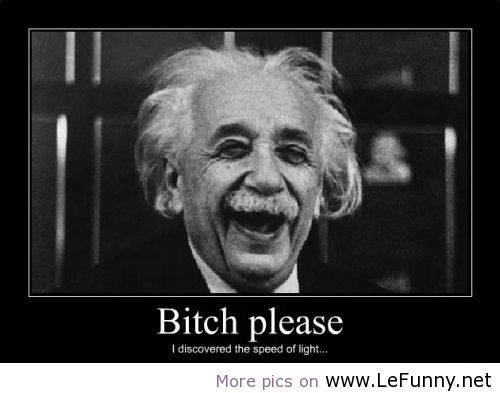 I'm not laughing because we need real social and political change! Because that's what's really holding us back! I mean, robber barons like Carnegie and Rockefeller caused the Great Depression, but the real reason it took a decade to climb back out of it was because FDR heard too many dick jokes! "Damnit, Truman, that's it! I'm not fixing the economy until people stop making fun of my Johnson! Eleanor, fetch my Viagra!... and a ruler."

Lots of people are using comedy to create real social and political change. Adam Conover addresses lots of real issues on his show, Adam Ruins Everything. Jordan Klepper's show, Jordan Klepper Solves Guns came with a website with information and links to resources to help regular citizens in the US deal with our gun crisis. Will dick jokes alone create real change? No. But they don't stop Samantha Bee from giving you loads of useful information on Full Frontal to help you get involved in whatever issue is important to you. She's giving you the tip; what you do with it is up to you. 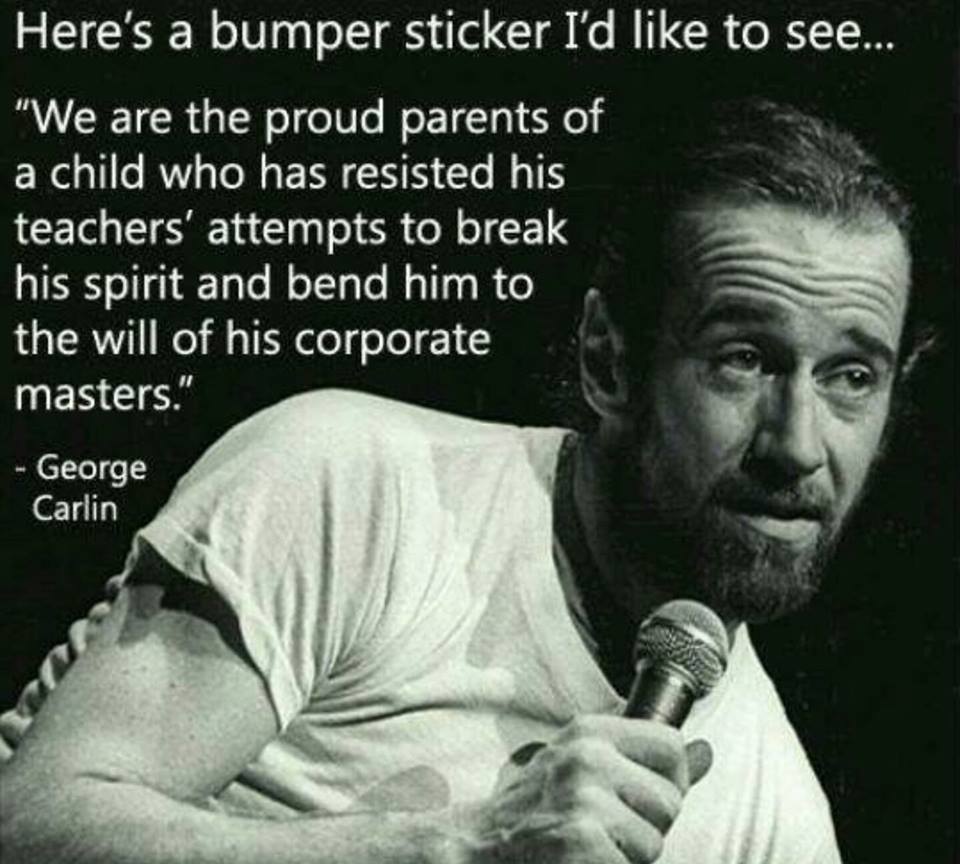 I'm not laughing because I'm sad... that's when you most need to laugh.

Carl Jung said, "you are what you do, not what you say you'll do". We become the things we practice, so if we practice being afraid, by watching local news and TV murder shows, we'll become more afraid. On the other hand, we can also practice being happy and productive by getting out of ourselves and not being afraid to be silly. If actions speak louder than words, then the things we laugh at are one of the best marks of our character. Do we laugh at the homeless or disabled? Or do we laugh at greedy politicians and corporate execs who push their agendas at our expense? 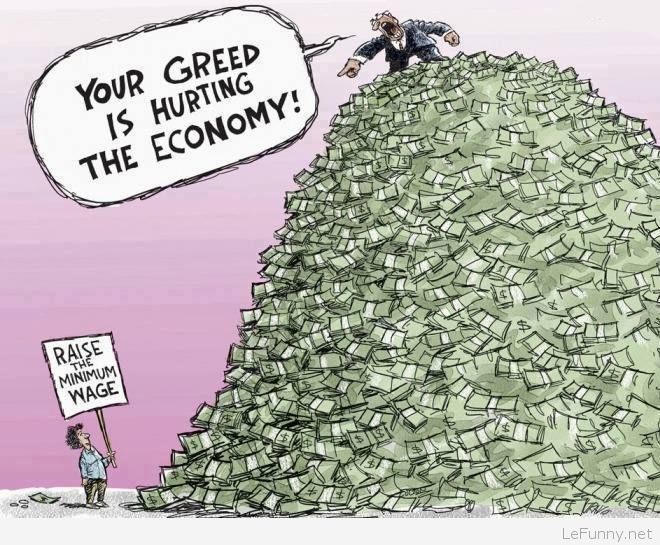 Of course, Laughter isn't always safe. Comedy is a tool, and it can be used to tear down as much as to build-up or to heal. That's why there's nothing evil people hate more than our laughter (except for those clowns). Tyrants and terrorists alike hate being laughed at, whether they're in government, private corporations, religious establishments, or loosely organized on the Internet. They hate it because they want power and control, and laughing at them tells them we don't accept their control.

It's that same hatred of our laughter that caused the Egyptian government to exile Bassem Youssef for his comedy, that also inspired the shooting of cartoonists at Charlie Hebdo. Tyrants often jail political cartoonists, and I'm sure the Inquisition or the Lord's Resistance Army would respond the same way.

While the threat of violence is a concern, we can't let evil people dictate how we live. We can't be so afraid of their retribution in the future that we make ourselves miserable today. Giving in, staying inside, banning travel, hoarding Spam, amounts to appeasing them. So when a terrorist asshat drove through a dozen New Yorkers on Halloween 2017, the rest of them went out, dressed up in their costumes, got drunk and urinated in the subway, like they do every year! You can't break New York! If you can make it there, you laugh in the face of fear!

Throughout 2016, Russian government hackers turned western civil discord up to eleven, in both the United States and Europe. These deep-dump operatives stoked online flame wars and organized several street protests AND their own counter-protests. They drove both sides of these "debates" because they didn't care about either side. Putin wanted us fighting, to make us believe we hate each other more than we do. That lets him claim that western democracy has failed (with bonus points if he could inject his political puppets into other governments). Laughing is the last thing Putin, or for that matter Trump, wants us doing.

Laughter is a moral imperative, because if we stop laughing, the tyrants and terrorists win.

We know finding reasons to laugh isn't always easy. It shouldn't be. Destruction is always easier than creation. Probably no arsonist ever said "oh man, that building just refused to light!" Building it on the other hand took a lot of people, time and cooperation, and we can be proud of our accomplishment. Just as no one person is responsible for the building, no one of us is the only jester. Laughter gets around, because it needs to be shared. Who keeps their jokes to themselves? I mean... what's so funny if you can't tell us? That's just creepy. Moreover sharing our laughs, even the little ones, is the best thing we can do for each other (after CPR -- perform the CPR first, then tell the joke). It might be one of many, or it might be the laugh someone needed on a really difficult day, or it might be the laugh that sparks a revolution.

You put your little laugh out onto the road, and there's no knowing where it might be swept off to.

So I'm going to stay right here, and keep laughing it forward. Thank you for sharing yourself and laughing with us!

"It is from numberless diverse acts of courage and belief that human history is shaped each time a man stands up for an ideal or acts to improve the lot of others or strikes out against injustice. He sends forth a tiny ripple of hope, and crossing each other from a million different centers of energy and daring, those ripples build a current that can sweep down the mightiest wall of oppression and resistance."